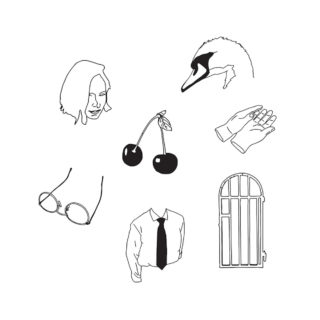 Astronauts etc. is the project of one Anthony Ferraro, one-time keyboardist with Toro y Moi, and ‘Living In Symbol’ follows his low-key debut album ‘Mind Out Wandering’ from three years back.

It’s an intriguing record from the outset. Opener ‘Symbol Land’ carries strong echoes of Great Escape-era Blur, down to the Albarn-esque vocals, but it’s not long before a more distinct style makes itself known. There’s the smooth, vaguely jazzy stylings of ‘The Border’, with a lazy bassline carrying with it floaty, interweaving melodies and an almost-spoken vocal line which recalls Leonard Cohen, while ‘Who I Talk To’ is another bass-led, lazy groove of a song with a wandering, spidery guitar line. Ferraro’s vocal talents really shine through here, falsetto treading delicately over smooth melody.

These songs have a richness, a lounge-room feel, the music draped in velvet and ensconced in an easy listening atmosphere that stands in total contrast to lyrics that are sometimes starkly distressed (“Now I’m panicking / They’re hounding me to death” isn’t a line you’d expect to hear over music as beguiling as this).

Ferraro is clearly a talented songwriter with a distinct and stylised vision for the Astronauts etc. project. ‘The Room’ is highly textured, rich and smooth, a swirl of sonic velvet oozing from the speakers like gloop from a lava lamp. It’s a record that could fairly be described as one-paced, but that pace never becomes dull; rather it carries you with it. On its simplest level this is Sunday morning music, easy and unchallenging, coolly delivered and subtly engaging. But sometimes ‘Living In Symbol’ reveals a far more uncomfortable nature. It’s an album of poise and coherence, to be enjoyed or examined at the listener’s whim.