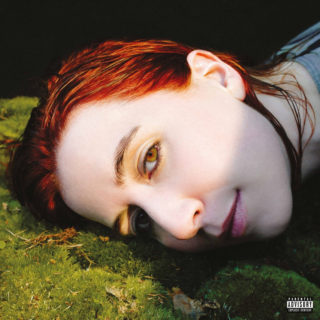 Hirudin is a chemical released by leeches which works as an anticoagulant, preventing blood cells from sticking together and clotting into a whole. It’s an apt title for Katie Stelmanis’ new album as Austra, both for its thematic explorations of dying relationships and its patchy, occasionally antiseptic feel.

The record starts out strong with ‘Anywayz’, which is the kind of melodramatic synthpop banger that never goes out of style. Stelmanis finds a kind of solace in time’s inevitability here: “The world keeps turning anyways / The flowers come up anyways / The mountains rise up anyways.”

Self-consciously dramatic moments like this are where the record peaks. ‘It’s Amazing’ is the best example; all warm synths building to a huge climax that it’s not hard to imagine an audience bellowing along to.

Stelmanis’ vocal performances are consistently excellent throughout, which is why it’s such a shame that she’s underserved by a lot of the production here. There are flashes of greatness – the second half of ‘All I Wanted’, the boldly artificial ‘Your Family’ – but a lot of the instrumentals end up trapped in a library music netherzone.

It’s a pity that the record never quite resolves how fragmentary it feels. There are plenty of fun moments, but HiRUDiN never really coheres into a full-feeling album in the same way that 2017’s excellent Future Politics did.