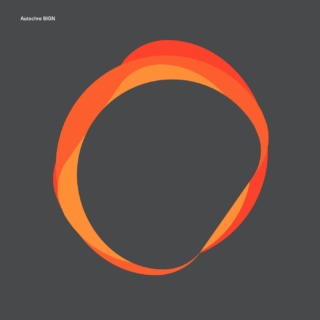 Autechre are the sort of group you need a roadmap to navigate. Veteran purveyors of experimental dance music, the Manchester duo first came to prominence alongside the likes of Aphex Twin (then under a previous alias, The Dice Man) and The Orb’s Alex Paterson on Warp’s pioneering 1992 IDM compilation album, Artificial Intelligence. Having remained an ever-present force on that label’s legendary roster, thirty years on and a trip through their back catalogue is a stretch to say the least.

The band’s fourteen albums and extensive list of EPs – some clocking in at nearly 70 minutes – are labyrinthine wanderings beyond convention and exclusive to those with time on their hands. Paradoxically, Autechre manage to be deep and profoundly emotive as they batter you relentlessly to the point of exhaustion. Dialling back some of their more dissonant tendencies, their new album SIGN reaps the duo’s sensory qualities by attaching a rare melodic depth to their expansive sound.

With titles like ‘Metaz form8’ and ‘sch.mefd 2’, the typically cryptic tracklist sounds like specimens used in a classified laboratory experiment. Everything feels distinctly open to possibility, powered by a non-human lifeblood pulsating through the veins of each track. An autonomous being, it sits somewhere between mechanical and organic, programmed to communicate coded textures and language patterns too complex for ordinary comprehension. Though transitions are often harsh and standoffish, the intricate programming is rich and tangible behind the music’s constantly revolving backdrop. Something of a mental bear trap, it’s easy to get stuck in its vice-like grasp.