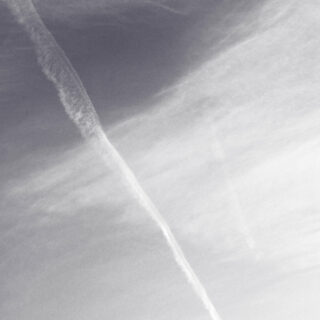 So much experimental sound art can go one of two ways: things end up gloriously, with the listener swept away to an unknown land full of intrigue and delight, or – and this happens more often than not – everything falls apart, leaving you with nothing but painfully self-obsessed nonsense. It can often feel like there really is no middle ground.

Thankfully, Aviva Endean has proven time and time again that she is an expert of the aural adventure. Moths & Stars, her second solo album, masterfully walks the tightrope between indulgence and weirdness, resulting in a suite of deeply effective soundscapes that trouble and excite in equal measure.

The album masterfully melds together disparate sounds to create an unnerving feeling of dread. The heavy pipe breathing of opener ‘Between Islands’ creaks into life like an ancient spacecraft. The track is equal parts robotic and mystical, each mechanical whirr pushing you further and further into the abyss. Meanwhile, the sweeping murmurs of ‘Nightwork’ slowly transform from calming waves to something almost wasp-like, luring the listener in with a false sense of security before dumping them into the deepest, darkest unknown.

This trick is repeated throughout. As soon as the listener finds solace in the soundscape, everything is turned on its head. The comforting hums of ‘Moths & Stars’ and ‘Same River, Twice’ slowly develop into ear-ringing terror with the click of a finger, reminding you that, in the world of Aviva Endean, you’re never far from danger.