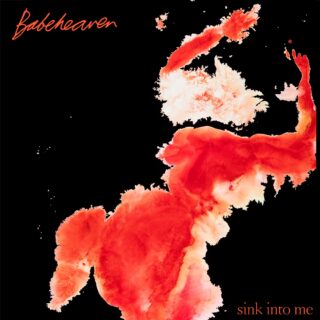 There is something intrinsically human about our desire for more than we are given. Whether intentional or not, we gravitate to things we can mull over; things that we can get lost in. On Babeheaven’s debut album, Home For Now, Nancy Andersen seamlessly flitted between the literal and the reticent with her lyrics, and the one constant was Jamie Travis’ airy instrumentation, with its hues of Portishead, Tirzah and Massive Attack. It was a dynamic that seemed unconstrained.

On its follow-up, Sink Into Me, Babeheaven juxtapose escapist instrumentals with literal statements on longing – whether it be for a person or a place. There are a lot of artists who see the second album as a way of moving forward from their debut, but for Babeheaven, their formula remains the same. From the outset, their signature languid guitars and swelling soundscapes meld with Andersen’s airy vocals as they dance over the place in which time no longer exists when you’ve succumbed to your own thoughts. Yet where Home For Now felt like wandering into a daydream, Sink Into Me is reminiscent of those moments where you catch yourself zoning out.

‘No Breakfast’ signals a shift from the trip-hop sound which has a hold over the first half of Sink Into Me, but by the time it happens, it’s almost too late to be redeemable. We often lock our thoughts in a familiar place in order to stop ourselves falling face-first into a tricky situation. Sink Into Me plays like the sonic embodiment of this act; you could say that Babeheaven are playing it safe and, as a result, falling flat.