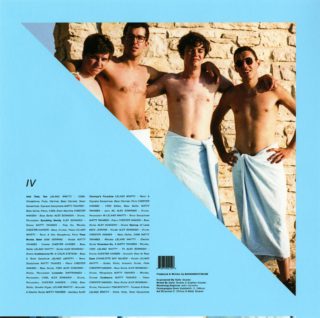 The fourth album from Toronto jazz quartet BadBadNotGood starts out owing much to the slinky 1960s film scores of people like Lalo Schifrin, Harold Budd and David Axelrod, all smoky soundscapes offering flourishes of melody among a whole heap of cool-jazz atmosphere. It’s seductive stuff, expertly played and produced: ‘Time Moves Slow’, with Future Islands’ Samuel T Herring, is full of gravelly lament, while ‘Confessions Pt II’ has a driving cinematic urgency that would sit perfectly under some lost Steve McQueen thriller.

The record changes tack entirely for the second side, however, ditching the rather captivating Los Angeles noir ambience in favour of head-bobbing noodly jazz. Given the rather luxe space and minimalism that’s been before, the suddenly upped freneticism is a risky move, but thankfully one the band pulls off: ratatat drums and fidgety electric bass underpin the virtuoso sax playing on the title track, and their backing of emerging rapper Mick Jenkins on ‘Hyssop of Love’ has all the ecstatic freedom of recent Kendrick Lamar tracks.

Of course, this sort of stylistic yin and yang doesn’t create the most consistent listening experience, and ‘IV’ ends up resembling more two adjacent EPs than a single body of work. While that might be to the detriment of the whole, the split doesn’t detract from its individual parts, which remain stylish, sensitive and expressive throughout.