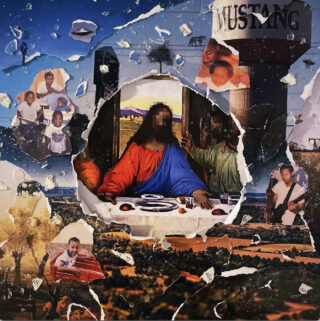 Much has been made of the commitment Bartees Strange maintains to blending genres, but on his new album Farm to Table a lot of these genres – mainstream indie, hip-hop, folk – don’t so much blend together as neatly sit alongside one another. This feels less like genre fusion and more like canny sequencing: not necessarily a bad thing, but sometimes it can feel a little procedural, as on ‘Wretched’, which runs through chillwave, chart-pop, and even a spare acoustic arrangement within the space of a couple minutes, without really delving into any of them. Elsewhere, there are throwaways like ‘Cosigns’, which lacks the lyrical depth of the rest of the record but makes up for it with charismatic flexing of Strange’s indie-icon friends and its faded, faintly surreal instrumental. It’s interesting, but not thrilling.

That said, the wide-ranging approach to genre helps as much as it harms, and things really take off when Strange mixes things up a bit more. On ‘Mulholland Dr’, for example, what could be a relatively straightforward indie rock song is elevated by a brief foray into half-autocrooned delivery. The album highlight is ‘Escape This Circus’, which translates an uneasy sense of threat into an Orville Peck-like melancholy. Something is lacking, though, and the album that Farm to Table could have been only shows up intermittently. I feel that the tendency towards genre sprawl may have stretched Strange too thin; the album lacks a clear musical identity of its own.