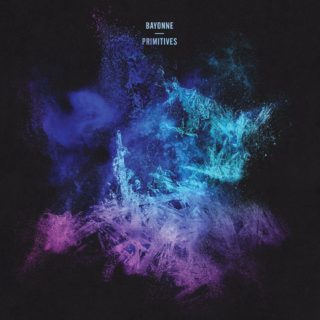 When he was two years old, Roger Sellers spent hours watching ‘Eric Clapton Unplugged’ at his home in Austin. His parents bought him a drum set when he was six, and Phil Collins quickly became his hero. They’re both surprising starting points. On the surface, his debut album under the moniker of Bayonne doesn’t appear to have much in common with either; Panda Bear and Caribou seem like bigger influences on his work.

As its title might suggest, though, ‘Primitives’ sounds almost like Sellers releasing his inner child. It’s all in the drumming. ‘Intro,’ ‘Appeals’ and ‘Marim’ in particular are built on strong, pounding beats. Phil Collins’ style looms large over the album, but Sellers manages to create something intriguing around it. He forms deep layers of looping electronica and twinkling synths around his handcrafted beats.

‘Waves’ and ‘Steps’ even have a folktronica feel thanks to the introduction of guitar and piano, the latter featuring a chopped sample of a child’s voice.

Indeed, there’s something comfortingly innocent about ‘Primitives’. Its obsession with repeating sweet melodies as opposed to harsh synths is childlike but not at all childish. Though these incessant loops sometimes bleed into one, you’ll be too hypnotised by its charms to really care, much like the two-year-old Sellers mesmerised by one Eric Clapton.