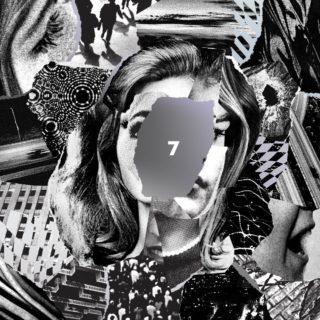 Beach House have been developing inside their musical amniotic sac for over 13 years. It’s a gestation that’s been marked by small steps rather than significant leaps, with the emphasis of the Baltimore duo’s dream-pop simply shifting between guitars and synths.

For their numerically self-descriptive album ‘7’ there are no major surprises. Thanks to the emergence of acts such as Cigarettes After Sex, however, the shimmering ethereality of ‘Girl Of The Year’ and ‘Lose Your Smile’ sound remarkably contemporary simply as a consequence of standing still.

Nonetheless, there’s a wider frame to these 11 tracks than pure post-shoegaze. In part this is the result of the band shedding their self-imposed limitations to only write what could be performed live. This has resulted in the vocal echo chamber that opens the sublime ‘L’Inconnue’, which nods at Julianna Barwick’s choral ambience before it evolves into chilled out electronica.

It’s a slow mutation that marks some of the strongest tracks here. The sprawling ‘Last Ride’ begins with a stark, battered piano that gradually forms the bed for soothing washes of synth and finally multiple fading out guitar parts. It’s also notable for the echoing drum sound, which recurs on ‘Pay No Mind’, that’s a homage to Phil Spector by way of The Raveonettes.

Rather than just looking to the past for inspiration there are also signs that somnolent vocalist and keyboardist Victoria Legrand has been absorbing herself in electro-pop. The repetitive Suicide synth line on ‘Drunk In LA’ is combined with the gauziness of Mercury Rev to continue School Of Seven Bells’ drifting electronica. ‘Black Car’, meanwhile, could easily be given a dance remix.

These wider influences are enough to incrementally develop the band’s immersive sound, with the listener becoming enveloped in its rolling waves of blissful melancholia.