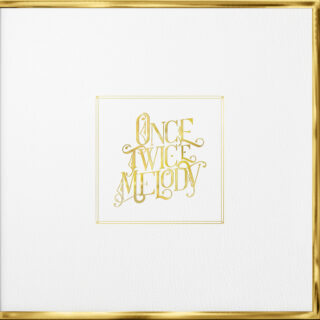 “We’ve spent a fuck-ton of time together these past three years, which is something a lot of people maybe couldn’t handle,” Victoria Legrand told me recently. “It’s a little bit masochistic.” Beach House’s creative process has always seemed like a particularly insular one, so one might imagine that avoiding contact with anybody from outside of their bubble might not have been a novel concept to them as they worked towards this eighth full-length, the first they’ve entirely self-produced.

It certainly seems to have been a fruitful time; the sprawling, 18-track Once Twice Melody has been drip-fed in four chapters, and curiously, feels alternately like it swings between some of their most experimental work to date – ‘Pink Funeral’ finds room for string-led drama, whilst ‘Sunset’ is led by handsome acoustic guitar – and some of the purest distillations of their hazy dream-pop calling card, too, like the glittering, gently undulating ‘Over and Over’.

Alex Scally leans towards burbling synths over twinkly guitars, but as usual, it’s Legrand’s gloriously smoky vocals tying everything together. Beach House are never going to sound like anybody other than Beach House, but nearly twenty years since their debut, it’s nice to hear them spreading their wings entirely on their own terms, if a little self-indulgently.