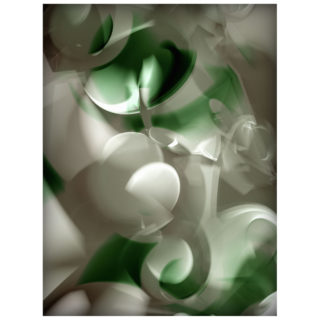 The term “experimental electronic” seems to be used for two sounds lately: skull-shaking acts signed to Sweat Equity, and otherwise normal albums drenched in reverb. It’s nice, then, to hear Beatrice Dillon’s new record, Workaround, which is – whisper it – actually trying something different. Dillon makes a point of resisting reverb, instead clipping and vacuum-sealing every drum hit and beat. She explained in a recent Guardian interview: “People sometimes use reverb in a lazy way […] I’m not going to do that. Then you’re grappling with space and how to keep something interesting with this sense of emptiness.”

Dillon succeeds on that goal. Tracks like ‘Square Fifths’ manage to feel airless, jerky and rhythmically pleasing all at the same time. Its close cousin, ‘Workaround 8’, pulls off a similar trick, sounding variously like a YouTube glitch, a CD skipping and an engine spinning itself apart, all the while shivering along at the album’s consistent 150BPM. It’s a shame, then, that there are several tracks on the second half of the record which feel lightweight by comparison. ‘Workaround 9’ clicks along well but unmemorably, while the interlude ‘Pause’ sounds like a broken doorbell.

I get the sense that the album’s strong theoretical underpinning holds it back from achieving greatness, but at the same time it’s difficult not to admire Dillon’s dedication to her ideas. Workaround is more than willing to fail as long as the results are interesting, and even where the album falls flat it’s rarely dull. There’s an exciting future here.