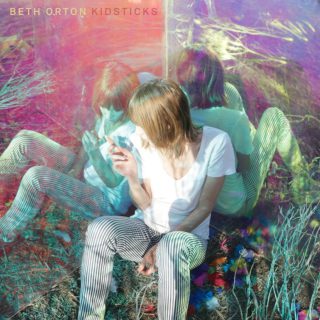 Despite her early critical kudos (and a Brit Award to boot), the ever-unassuming Beth Orton has never really had the acclaim and success her shapeshifting music deserves – she’s just sort of always been there. ‘Kidsticks’, her seventh album, is unlikely to change this, which is a desperate shame. A world away from its rootsy 2012 predecessor, ‘Sugaring Season’, Orton co-produced the album with Andrew Hung, and these ten songs have the Fuck Button’s fingerprints all over it.

The pulsating, mantra-like loops of Talking Heads-esque opener ‘Snow’ and the stuttering Casiotones of ‘1973’ are unlike anything in Orton’s catalogue, but her beguilingly wispy voice fits perfectly with this captivating new direction. Meanwhile, the ethereal ‘Dawnstar’ may unfurl itself slowly, but swiftly proves itself to be four of the most beautiful minutes of music Orton has ever recorded. She may claim that “I’ve lived through the worst of times and never even came to life,” but ‘Kidsticks’ is very much the sound of Beth Orton being resurrected.