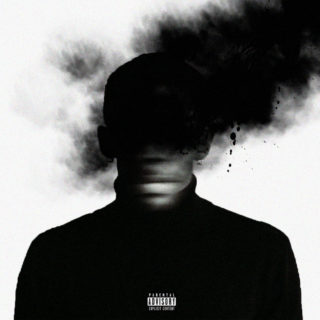 One of the most joyously prolific young voices in hip-hop, Bishop Nehru has taken the opportunity that his relative success to date has granted to put together a project that has long been on his mind. Since eighth grade, he has envisaged a two-act tale that begins in what we now understand as the sunken place (described on this record as ‘The Abyss’), before emerging blinking into what we have learned never to describe as the sunlit uplands (Nehru instead goes for ‘The Escape’).

The result, which has been sitting on the shelf for a year now due to “managerial disputes”, is a polished and inviting addition to the 23-year-old’s already impressive résumé. His natural flow revolves around honing clear and memorable lyrical hooks through simple repetition, as on ‘In My Zone’ and ‘All Of My Years’, the latter boasting one of the choruses of the year. This ability to pass off earworm burrowers as seemingly lazy and thrown away is perhaps Nehru’s most enviable talent.

Nehru self produces here, save for the guest contribution from DJ Premier on ‘Too Lost’, and his sonic palette is similarly unfussy, relying on cut-up samples of smoky R&B and jazz, firmly in the Dilla/Madlib lineage. Don’t come for the new vanguard; Nehru believes in keeping his message direct and clutter-free.

The record rises through several gears on ‘Meathead’ with the appearance of Nehru’s previous collaborator DOOM, who’s trademark bulldozer delivery sees Nehru expanding his own game to meet the challenge. If anything, though, this exposes the easy-going energy that defines the rest of the album, which, whilst apparently reflecting Nehru’s natural artistic milieu, can leave you wanting a little more.

Take a trip around Orcadian society with Erland Cooper

Imagine a Fall gig in Royston Vasey – it's The Cool Greenhouse