Despite all the fantastical images of fungi cities and alien paradises, Björk’s work since Utopia has been at its most powerful when revealing the honest emotions at the core. Fossora, her tenth studio album, responds to the abundant floral landscapes of Utopia by revealing life lurking in the undergrowth.

The record is a foreboding collection that combines Icelandic folk song with pummelling gabber beats, and even a dissonant bass clarinet sextet. But it’s all in service of conveying deep feelings – on death, on motherhood and on love’s ability to thrive in the harshest environments.

Mushrooms are persistent. They don’t require sunlight, like the flowers of Utopia. Instead, they grow out of decay, and carry on where others would be unable. Björk uses her fungal friends as a symbol of hope which leads us towards connection. There’s the obvious magic mushroom joke, which is mirrored in the album’s baffling sound play. The catchy melodies of her classic material are often missing, replaced by textural experiments, sour intervals and odd time signatures that require the listener to meet her half-way. Those that do are rewarded in abundance.

Choral piece ‘Sorrowful Soil’ and the spiritual story ‘Ancestress’ are the most direct songs here, and an ideal place to start for the uninitiated. The two songs are dedicated to her mother who died in 2018. The latter describes her mother as an unwieldy matriarch. The women experience a role reversal in care-giving in her final days, and Björk sees parts of herself reflected (“When I was a girl she sang for me / In falsetto / Lullabies with sincerity / I thank her for her integrity”).

‘Victimhood’ is a chilling counterpart to these heartfelt offerings. It uses breathy woodwinds and warped vocals to create a stifling tension, in a story that wrestles with her unwillingness to be painted as the victim archetype, as many women are when they acknowledge pain in their life. She rallies against the flattening of human experience at every turn.

At the album’s conclusion, she returns to motherhood, the lineage now passed to her daughter Ísadóra. ‘Her Mother’s House’ is a stunning duet about letting go of your child so that they can thrive. Suitably, Björk hears Ísadóra’s personal qualities captured by her singing (“The space in your voice shows your scale for compassion / the tone of your voice reveals the space you give to others”). Fossora is another stark shift for Björk. But at its root, it’s her ability to sing with sincerity that allows the songs to flourish. 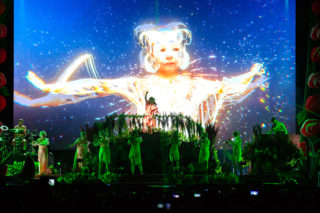 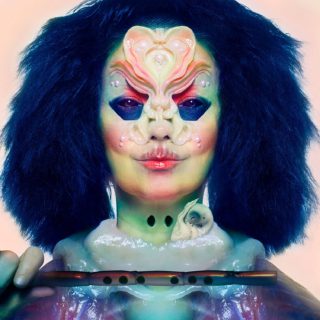