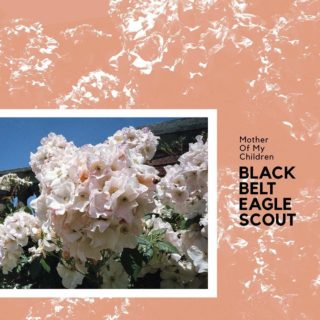 ‘Mother of My Children’, the debut album from Katherine Paul, packs personal desires, anger and identity into a collection of patient, deceptively simple indie rock songs. Intimacy might not be the first feeling you get from a rumbling, grungy guitar chord, but that’s what she conjures on the opening ‘Soft Stud’. She strums, painting a mood for over six minutes in a clever show of restraint. You pull in closer to hear her lyrics, which are fittingly about caution and urges in loving someone that’s already taken. She calls the song her “queer anthem”, about the hardships of queer desire within an open relationship, but the feeling of quiet longing she captures in those whispered lines could be felt by anyone.

The title track is just as skeletal, built on a slow wash of cymbals and fingerpicked guitars that swallow up her breathy singing. She instead opts for placing her voice front and centre on ‘Yard’. Its amateurish quality is going to put off some, but it’s exciting to hear an artist being so vulnerable, especially on an album that’s this informed by personal – albeit obscured – experiences. Paul is a Native woman, and a large part of the album acts as a meditation on her life and identity at this point in her life, especially on ‘Indians Never Die’, a song about the destruction of her ancestral land.

Occasionally her melodic phrasing can come across as clumsy. She relies on a lot of the same tricks to build a hook – the chord moves while the melody repeats. It’s what makes ‘Soft Stud’ captivating, but the magic wears off when the same trick is pulled on a handful of tracks. Still, Black Belt Eagle Scout have already carved a songwriting style uniquely theirs one album in, and their voice deserves attention for it.