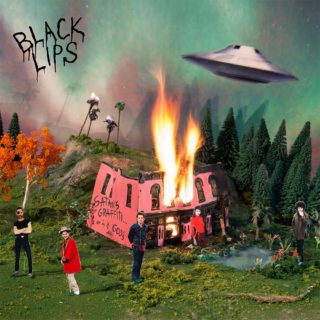 While just as prolific as their fellow Atlantans Deerhunter, Black Lips seem to have been content to plough their “flower punk” furrow comfortably under the radar. Two albums ago the band roped Mark Ronson in to work on ‘Arabia Mountain’ in 2011; ‘Satan’s Graffiti…’ is helmed by the better-suited Sean Lennon behind the boards, although, seriously, has that guy had a chance to sleep this year? As such, the production on this eighth album is cleaner and more ambitious than ever.

There’s an overture and two interludes, and some intriguing genre exercises. ‘Can’t Hold On’ is reminiscent of the reckless swagger of ‘Monomania’-era Deerhunter before descending into a murky New Orleans funeral dirge, while ‘Crystal Night’ goes full Ween, setting an opulent fifties ballad to lovelorn lyrics set during a major Nazi bombing campaign. It doesn’t always gel – ‘Got Me All Alone’ apes the Delta blooz a little too slavishly, and the garage onslaught gets repetitive by around track 12. But this is still a significant step forward. ‘Satan’s Graffiti…’ isn’t quite God’s art, but Black Lips are getting closer each time.