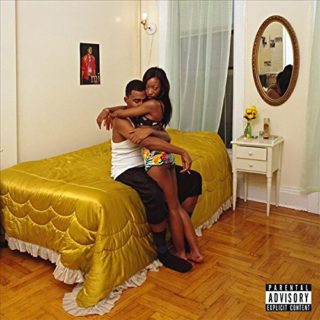 ‘Freetown Sound’ – the third album to come from Dev Hynes as Blood Orange – is a mixtape mash-up of the personal and political, as confusing as it is inspired. Hynes is something of a Jack-of-all-musical-trades – songwriter for the stars-cum-solo-artist-cum-composer-cum-producer of charity gigs (last year he curated two sold-out charity shows at the Apollo Theater) – and this professional nomadism is apparent on this record. It’s a complex collage of voices and ideas, layered with references to musical and political movements and specific historical periods.

At its best, it is clever and twisted: carefully choreographed layers of timeless pop that build to offer a searing critique on the shitty state of the world (see the opening ‘By Ourselves’ and ‘Desiree’). But there are some bum notes too, and at its worst (‘But You’, ‘Hands Up’) ‘Freetown Sound’ is trite and mawkish and far too sugary sweet. Then again, this is a kaleidoscopic tour of Hynes’ inner world, and who am I to say that he’s not as sweet as he is clever?