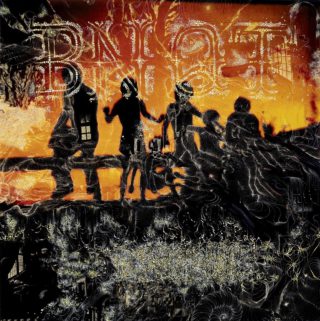 BNQT is billed as the new supergroup, although that seems a little grandiose a term for a project fashioned out of the remnants of moderately successful indie bands you probably remember from your teens. This effort sees Midlake’s Eric Pulido (supported by McKenzie Smith, Joey McClellan and Jesse Chandler) merge with Band of Horses’ Ben Bridwell, Franz Ferdinand’s Alex Kapranos, Grandaddy’s Jason Lytle, and Travis’ Fran Healy.

Despite the dreadful name (BNQT, for ‘Banquet’, really? These guys are in early middle age at least now right? Surely they can handle vowels?) the result is actually pretty good. It sounds very much like you would imagine music made by a mash-up of late ’90s-early-2000s indie groups might sound: meandering and nostalgic with a clean, crisp production that really showcases the instrumentals. I love the upbeat opener ‘Restart’, and the surreal love song ‘Hey Banana’, in which you can’t quite work out, by the end of the song, whether Banana is someone he wants to fuck or kill. Or maybe actually Banana is the small child who does a cameo midway through. Whatever. I liked it.