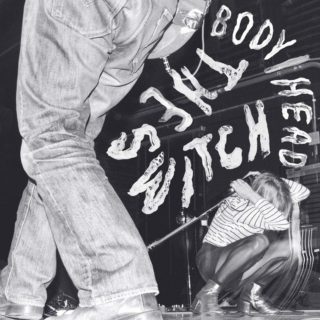 In 1968, when pop was opening the doors of perception, Pink Floyd released ‘Set The Controls For The Heart Of The Sun’. A sprawling exercise in avant-garde space-rock, it used a conventional song to bookend a section that slowly disintegrated into free-form experimentation.

Fifty years later and Body/Head, the noise rock duo formed by Kim Gordon and Bill Nace, have taken the post-rock approach of dispensing with the song entirely and going straight for the breakdown.

Their 2013 debut, which could be spiritually traced back to those ’60s acid-trip happenings, was the first thing that Gordon released in the aftermath of her marriage dissolution and the end of Sonic Youth. Heavy with emotional catharsis, at the time she described it as being “not happy music”.

If anything, its follow up, ‘The Switch’, drifts even further from traditional rock conventions. Clocking in at just 40-minutes, it’s concise when compared to its predecessor, with its five tracks being variously sketched out live and improvised in the studio. It’s also more tonally ambiguous, the oppressive weight of the five tracks not being fully felt until the closing notes of ‘Reverse Hard’.

To a large extent this oppression derives from the quality of recording, which makes it sound like the duo are playing through blown out amps from the far side of an empty warehouse. This immediately places a barrier between the players and the listeners, which Gordon’s indecipherable and manipulated vocals only serves to increase when repeated over the course of the release.

The heavy monotones of their debut, however, have often been replaced by textures that allow for moments of space and fleeting shades of colour.

The two guitars continue to duel, with waves of a low detuned instrument frequently being off-set by a drone that variously sounds like a swarm of bees, the industrial clamour of a factory, and a garden strimmer. Yet at other times – as on sections of opening track ‘You Don’t Need’ and the shimmering insert that’s introduced half-way through the Yo La Tengo indulgence of ‘Change My Brain’ – there’s a merging between experimental noise and ambient.

There’s likewise a merging between tracks that are less like discrete parts than a suite that builds tonally and thematically. A sense of emotional weight is nonetheless lifted when the album crunches to a close, providing the ‘head’ to the physicality of the duo’s ‘body’ of work.