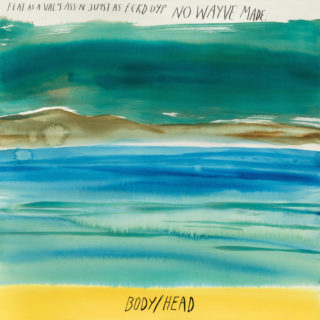 The follow-up to Kim Gordon and Bill Nace’s debut improvised noise record, ‘Coming Apart’, is essentially a live LP, recorded shortly after the release of that album at a festival in Knoxville, Tennessee, in 2014.

‘Coming Apart’’s experimentations into long waves of tremulous feedback and gravelly distortions are extended here, although the studio’s precision is discarded in the concert hall: Gordon’s vocals become wordless moans on stage, and neat finger-picking is lost under shimmering drones.

Much is made of the host venue’s cavernous proportions via the recording’s distant reverberations, and crowd appreciation is left in (including the whoop of a lone fan at the start), offering an enviable sense of intensity in which, one imagines, the flow between performers, audience and space must have been rather electrifying.

Unfortunately, the recording and album playback process – and subsequent decoupling of listener from band and venue – has a somewhat numbing effect: that delicious flow is stripped away here, leaving a tantalising document of a clearly visceral experience that feels, frustratingly, just out of reach.