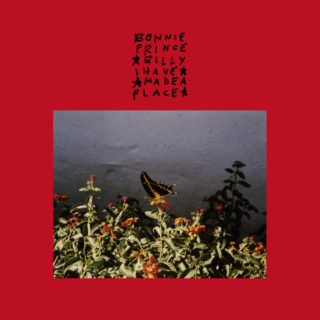 According to Bonnie “Prince” Billy, the whole world of recorded music – in the way that such music is conceived, perceived, recorded, released and distributed – has been atomised. We have been witnessing the fragmentation of artistic culture via throwaway mediums. After all, the Internet gives us far more choice than the limitations of broadcast media. In other words, it’s a lot harder to make a lasting impact in the music industry these days because we’re inundated with information and choices; there’s simply too much for one person to consume. Indeed, in terms of the mainstream, the dearth of pop music began a long time ago.

There may well be a crisis of musical saturation – where undeniable talent has become lost in the ether – but this means that it’s now up to us to discover new music ourselves. Every music fan knows all too well that warm, fulfilling feeling of hearing something life-altering for the first time. And if you’ve discovered that yourself – through taking chances on new bands and doing a bit of digging – that’s far more rewarding than responding to hyperbole.

Bonnie “Prince” Billie is an anomaly because – while he may disagree – he’s reached the kind of musical status that’s difficult to achieve now, particular within the genre his operates: prolific, well-respected, influential and very in tune with what’s happening around us – both socio-politically and musically.

Initially, his first album in 8 years is somewhat of a disappointment. Theoretically, it works: his articulate take on country music is a well-wrought theme, but if, like he says, devastation is our new landscape, then why is this such an optimistic sounding record? When we’re living in a world in turmoil, happy music has the ability to sound drastically effusive. Here, the heavy dejection that litters ‘I See a Darkness’ is left wanting at times.

There are two sides to the record, however. There’s the sad optimism of the latter half and the big dense celebratory feel of the first half. Combined, it elicits the notion of remaining hopeful in times of darkness.

Inspired by the music of Hawaii – mainly the recordings of Johnny Lum Ho and Edith Kanaka’ole – I Made A Place is a breath of fresh air when listened next to many of Billy’s contemporaries. With an accompanying line-up made up of extremely proficient musicians, the sound is big, bold and often grandiose. Most notably, there’s a lot of heart in this album, in a very human sense, and it celebrates other cultures with understanding and respect: it targets the sprawl and bloat of Western Civilisation by focusing on the intricacy of things that are not typically celebrated by modern populist mind-sets. That, coupled with a desire to have killer hooks and songs you can sing along to, results in a record that’s both heartfelt and a lot more fun than our current times probably deserve.