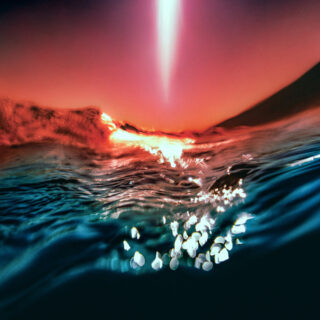 An organic warmth flows like an ocean current through Si Green’s Fragments, his seventh studio LP under his electronic moniker Bonobo, and it’s gratifyingly easy to let yourself be pulled into it. Raised in Brighton but now based in L.A., Green composed the majority of the album between solo hikes and camping trips in the Californian wilderness. This submersion into nature has undoubtedly shaped the atmosphere of the record, as there’s a wider sense of time moving and the planet spinning, yet also an air of serenity.

Fluttering strings, orchestral arrangements and choir chants are woven atop infectious beats and trip-hop rhythms, sounding akin to the work of Caribou and Four Tet on tracks like ‘Otomo’ and ‘Age of Phase’. That being said, Green certainly is in a league of his own, delivering a rich, majestic sound suited for both late-night festival slots as well as historic big-band halls. It’s also one of Bonobo’s most collaborative projects, with memorable appearances coming from Jamila Woods, Joji, and Jordan Rakei, to name a few.

Though there’s no drastic change to the Bonobo blueprint, it’s unlikely that you’ll find a track in which Green doesn’t sound equally masterful and laid-back in his craft, delivering his most soulful and slick efforts to date.