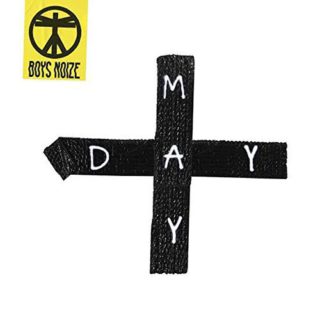 I have to hand it to Alexander Ridha. Despite entering his 34th year on the planet he remains steadfastly determined to stick with his tacky, juvenile Boys Noize moniker. Perhaps – and I may be reading too much into this – it is because he feels it is representative of his tacky, juvenile music. Luckily for Ridha, he’s been able to build a decent career on trotting out second-rate pastiches of other, better artists and so why should he break the habit now? ‘Overthrow’ faintly recalls ‘Dig Your Own Hole’-era Chemical Brothers, El-P could have made ‘Rock The Bells’ on his phone, while ‘Los Niños’ sounds like Dave Gahan playing about with a new keyboard.

Perhaps, indeed, I’m being a bit too harsh. ‘Mayday’ is okay (adjective: satisfactory but not especially good). But then so many things are okay. Lettuce is okay. Sofa beds are okay. And just like these totems of bland, if you’re at a party and the conversation turns to Boys Noize then you know, deep down, that it isn’t going particularly well.