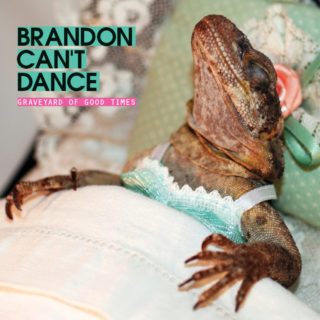 On recent evidence, there’s apparently plenty to be said for bombarding your audience with plenty of music online before committing to a traditional label model.

Car Seat Headrest and The 1975 are two success stories of late on that front, having crafted a fanbase through myriad Internet releases before putting out a debut album proper. That’s the path that Brandon Ayres has followed, too, with ‘Graveyard of Good Times’ arriving on the heels of a slew of underground LPs.

There’s no question he has a well-defined idea of his approach both lyrically and sonically, by now; on the likes of ‘Smoke and Drive Around’ and ‘Fuck Off and We’ll Get Along’ he’s by turn acidic and vulnerable. The sound of the album – by a distance the crispest he’s put out to date – lands somewhere between post-punk claustrophobia and electro-pop scuzz, and ends up feeling spread a little thin across a sprawling sixteen tracks. The sharpness of Ayres’ wit, though, largely makes up for it on a promising first real outing.