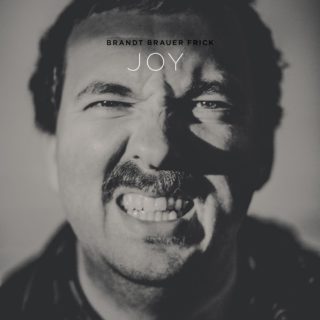 For an album that explores the feeling of euphoria, the fourth LP from experimental trio Brandt Brauer Frick cuts a dark, desperate figure. The monochrome face on the cover of ‘Joy’, contorted into a grimace, is as ambiguous as the music contained within. The skittering beats and subtle brass swells of ‘You Can Buy My Love’ offer a swirling start, as if beamed from a parallel universe where ‘Blackstar’ had become Bowie’s most influential album.

The group have tempered their more chaotic instincts here, enlisting Canadian poet Beaver Sheppard for lead vocals on every track. His delivery veers between emotive slam poetry, as on ‘Society Saved Me’’s industrial introduction, and a James Blake-style processed purr. The fog lifts by the album’s second half, with shades of both Massive Attack and The Blue Orchids on ‘Keep Changing’, and the minimalist uplift of ‘Facetime’. Brandt Brauer Frick’s restless genre-bending approach – not quite jazz, but not exactly electronica or post punk either – makes it an uneasy listen, but a compelling one.