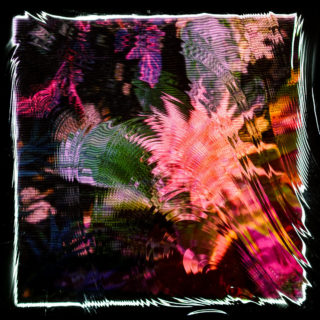 After the release of 2018’s Heart Pressed Between Stones, some two-odd years before the release of their third LP Kids Talk Sun, Camila De Laborde and Daniel Hermann-Collini aka Camila Fuchs found themselves teaching children and young people in Brazil about electronic music, by having them make contact microphones. The duo came to understand something that instructors know well: reaching out to kids is hard. They say: “The violent social environment that surrounded them meant they had unknowingly built behavioural shields to protect themselves.”

With Kids Talk Sun, Camila Fuchs knowingly apply shields of their own against, I suspect, a different kind of environmental violence. While the Sun today presents a portentous entity of human fallibility and greed, a time-bomb approaching detonation at an accelerating rate, bound to cause planetary implosion, the drum-less, quickening arpeggiation and De Laborde’s vocal – which teeters between Karin Dreijer of The Knife and Björk’s studied incomprehensibility – on ‘Sun’ gestures at an older form of respectful celestial worship. Each of these tracks, mostly named for natural occurrences – ‘Sandstorm’, ‘Moon’s Mountain’, ‘Roses’ – feel like electronic tone poems, more organic mood pieces than songs, instrumentals among which the human voice is another instrument, bursting with youthful playfulness, and yet, steeped in technical skill. It’s easy to imagine the duo hitting upon the faded lead tone of ‘Come About’ and thinking, sounds cool, let’s use it. In fact, Kids Talk Sun is a class act in deliberate naivety, a pre-historic embrace expressive of the meaning-making we might exhibit today in our reappraisal of the vaguely pagan, or the magickal aura of seasonal celebrations. Only with synths.

Coil did it first, and arguably better. But it’s rare for an album of relationships with the natural world to feel properly elemental. There are whirlwinds of sound inside Kids Talk Sun, which simultaneously recall decaying environments both urban and pastoral in fragmented trip-hop beats and great walls of synthesised noise. It possesses a slow-burning representation of violence all its own.