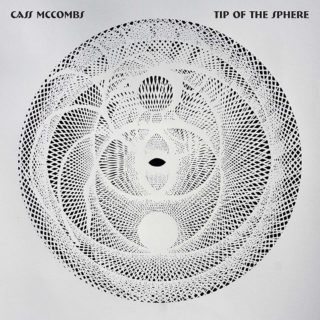 Across nine records now, US singer-songwriter Cass McCombs has progressed from lo-fi indie to one of folk rock’s leading lights, dealing in an austere Americana with a focus on storytelling. ‘Tip of the Sphere’ follows career-best ‘Mangy Love’ from 2016. Where that album was as ominous and acerbic as the US Presidential election it was released into, this record is more thoughtful and detached. Finding McCombs abroad again in his native America, travel is at the crux of the record – take, for example, the journey on ‘I Followed the River South to What’, which is underlined by its gorgeously repetitive, lolling swamp groove. Here and at other points, the jazz-pop mysticism of ’70s Van Morrison feels like a touchstone.

As is often the case in Cass McCombs’ work, all of human life is found on the journey. There’s sex (the brilliant, jangle folk of lead single ‘Estrella’ sees McCombs moodily scowl ‘I was roused and aroused/ Only you can rouse me in that way’) – and death, in the ominous Southern gothic of ‘Sidewalk Bop After Suicide’.

Though figures like Ryley Walker might be marking the same territory but with more edge and darkness, McCombs is one of the most masterful proponents of Americana working today, although that’s not to say there aren’t surprises here – ‘American Canyon Sutra’ has an elliptic spoken word section over an admittedly mild hip-hop loop, and the exposed Latin rhythms of ‘Real Life’ suggests a growing world music influence might be seen on McCombs’ work next.