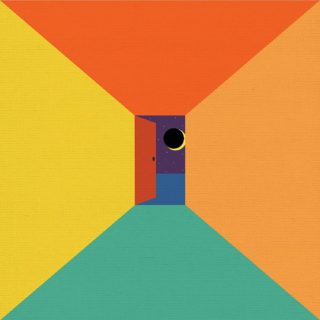 California noisemakers Ceremony have never been easy to pin down, straying further from the herd with each new album. Starting life as peers to Converge with their abrasive power-violence debut Violence Violence, they soon became lauded for their riotous hardcore leanings on Rohnert Park, and most recently polarised fans with their atmospheric post-punk excursion The L-Shaped Man.

And now nearly 20 years deep into their career, the quintet have unveiled their most mellow and mature record to date with In the Spirit World Now, which wanders further down the eclectic route set upon by its predecessor. As their first outing in 4 years and their first release on new home Relapse, this feels like a new chapter. They sound refreshed and lighter.

The seismic drums and clawing riffs have been swapped for woozy synths and jangling melodies, that wouldn’t sound out of place alongside the likes of Parquet Courts or Iceage. Vocalist Ross Farrar is no longer bloodthirsty but rather thoughtful, romantic and introspective, tackling subjects of morals and personal reflection in the modern world. ‘Turn Away the Bad Thing’ and ‘Presaging the End’ are among the most infectious, sounding indebted to the ’80s, echoing the likes of New Order and Talking Heads.

Other memorable moments come in the form of additional vocals from the ever wonderful Chelsea Wolfe, and the poetic spoken-word interludes that punctuate the album. And though it doesn’t always triumph, overall In the Spirit World Now shows Ceremony are in a place where they feel free, comfortable to express themselves.