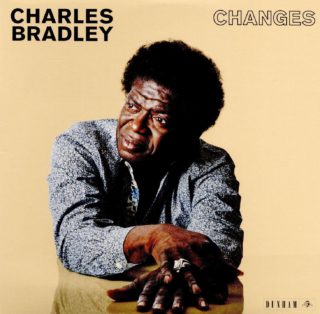 So much of Charles Bradley’s appeal – and, indeed, of his sort of soul music – is reliant on backstory and live performance in a sort of shot/reverse-shot pivot that most studio albums in the genre can feel like little more than a bystander. It’s telling, for example, that the only canonical album by James Brown (whom Bradley impersonated professionally for 40 years before making his breakthrough in 2011, aged 63) is his live LP from the Harlem Apollo. Studio albums, shorn often of the grit, intensity and whites-of-the-eyes communication off which the best soul music thrives, can often become an exercise in chops over expressivity, which renders judging someone like Bradley based on his discography a bit like appraising Lionel Messi’s footballing skills by watching him play FIFA.

That’s not to say ‘Changes’ is a bad album, though, by any stretch. Indeed, it’s a terrifically listenable, expertly performed set of songs full of groove, melody and likeable arrangements that, while not quite serving as a mirror for Bradley’s scorching live show, at least acts as a decent proxy, right down to Bradley introducing himself in the opening seconds of the first track, and parting with a soppy waltz-time lullaby for the last.

Taken on its own terms, though, ‘Changes’ is tonally curious. At times deeply patriotic, full of broad-brush sloganising (“America represents love for all humanity in the world,” says Bradley on a track called ‘God Bless America’, which seems an unusual stance for a man who also insists he has been wrongly jailed twice; equally, he sings on another “America, I’m home, you’re so good to me”), elsewhere Bradley is strikingly personal, with the central trio of ‘Ain’t It A Sin’, ‘Crazy For Your Love’ and ‘You Think I Don’t Know’ all direct exercises in comeuppance for a specific, unnamed person who has clearly crossed the singer.

For all the album’s enjoyably doting observance of soul’s musical tropes, too, it also walks the line between homage and straight-up theft precariously: while Bradley’s frequent James Brownisms are perhaps understandable, the quotation of ‘Summer Breeze’ mid-way through ‘Nobody But You’ seems blatant to the point of provocation.

Ultimately though, while it’s virtually impossible for music this life-affirming to ever appear stale, it’s also difficult for it to truly sing from within the confines of a disc, and that leaves ‘Changes’ feeling more like a lovingly crafted, elongated promo for Bradley’s tour than anything more freestanding. In that regard, it works – songs like ‘Ain’t It A Sin’ and the title track’s Black Sabbath cover simmer here with a threat of an on-stage eruption – but otherwise, ‘Changes’ is a holographic stand-in for the ravaged real McCoy.