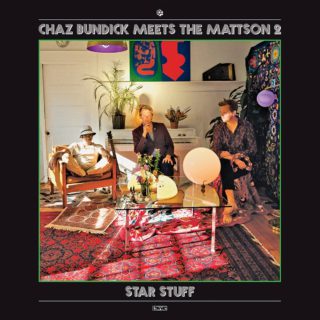 What happens when chillwave meets experimental jazz? Well, it’s not as bad as you think. Like the formation of a new astronomical object after the collapse of two different units, the dilated mood of the first builds the structure for the edginess of the latter to rest on, creating a cosmic conglomeration held together by the gravity of music, which emits a warm coloured light. When it happens by chance, as this first encounter between Chaz Bundick (aka Toro y Moi) and identical twin jazz duo the Mattson 2 did, the result is even more compelling.

Born under the Californian sky, ‘Star Stuff’ is the result of impromptu recordings and fortuitous musical rendezvous. Mixing funk, psychedelia, afrobeat and synth pop, where Toro y Moi’s retromania could be all to evident, the Mattson 2’s timeless jazz removes the time-stamp altogether. For Bundick’s part, his production simply blows away the twins’ conservatism. ‘Star Stuff’, they say, and every track really does sound like a retrofuturist jam session.