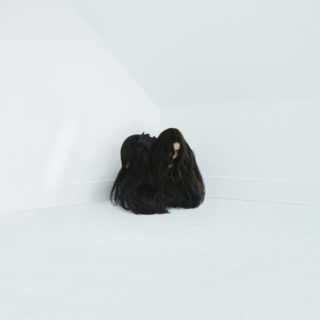 Although she calls the scorching beaches of California home, Chelsea Wolfe’s music might lead you to believe that sunlight drives her to recoil like a vampire who has known nothing but cavernous shadows their whole life.

Throughout her career, the 33 year-old singer-songwriter has earned a reputation as one of modern music’s masters of darkness; each album interweaving metal, ambient, shoegaze, folk and electronics into a gothic aesthetic that would send a chill down Nosferatu’s spine.

Fans may have been left wondering how Wolfe would follow up a record as powerful and bleak as 2015s ‘Abyss’, but her fifth studio album ‘Hiss Spun’ is likely to become regarded as her most experimental and epic outing to date. She’s revealed that the LP is a response to the depravity that is hastily engulfing our world, and while many artists have tackled this topic, few have done it in a way that sounds quite as seismic as this.

Produced by the reputable Kurt Ballou of Converge, we’re invited back into Wolfe’s cathedral of doom, which opens with the demonic ‘Spun’ and is followed by 11 tracks that are each as merciless as the last. Her echoing voice is bewitching and beautiful, cloaked in the brooding, thunderous instrumentation reminiscent of Swans, King Woman and Have A Nice Life.

From the unholy ‘Vex’ to the industrial pulse of ‘Offering’, or the relentless riffs of ‘16 Psyche’ and ‘The Culling’, to the haunting Grouper-esque ‘Two Spirit’; ‘Hiss Spun’ serves as a reminder of how atmospheric and spellbinding heavy music can be, and further proves Wolfe to be a versatile songwriter.