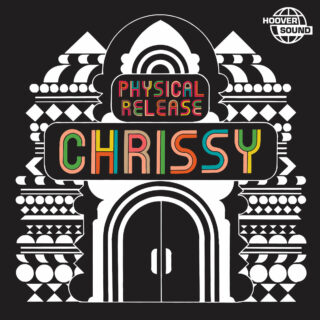 “It’s a celebration of a fantastic space that has happened… and that could be the basis for something even more fantastic to happen.”

With those words, the new album from San Francisco DJ, producer and dance music historian Chrissy opens with its central manifesto. Frustrated by the loss of the communal spaces that foster the community upon which dance culture is based, Chrissy wants to stir the sleeping masses back into action. At a time when clubs, warehouses, stores and stolen lofts are being systematically dismantled by a creeping corporate gentrification and the people who once filled them are being sidelined and forced online, Physical Release is a declared effort to, in Chrissy’s own words, reclaim the “utopian ideals” of the dance scene and return it to its core principles: family, connection and joy.

The album is a tour through not just a compendium of musical styles, but an entire memory bank of nights out. From opener ‘Lost in a Dream’, where fluorescent day-glow rave gives way to the full pound of ’90s house, complete with pulsing bass vibrations underfoot and the slow-motion rippling of swinging limbs all around, Chrissy is playing on your longing for sharing in a live experience. If the track is nostalgic – and with a title like that it is hard to deny – then it is only to serve as a reminder of what it would be possible to build again.

‘Fantasy Pt. 2’ sounds like it could be ripped from a white label Underground Resistance pressing from 1991, while ‘Feel the Spirit Move You’ and its freewheeling sax solos are closer to the original Chicago house energy. ‘Virgin Warehouse Location’ is a strung out, low-end paean to drum and bass, while ‘All the True Ravers’ warps and mutates before our ears into a chaotic panic attack of jungle squelches and breakbeat percussion. Chrissy touches on as many bases in the major league history of dance music as one hour can contain, painting an inclusive image, a rabble-rousing call to every corner of the culture to join together once again, arm in glowstick-waving arm.