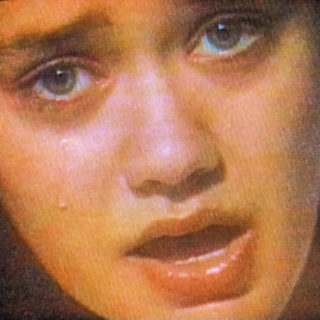 For Kai Hugo, the Dutch electro experimentalist better known as Palmbomen, this second record ‘by’ Cindy Savalas is the latest diversion in a career full of them. PC Music springs to mind immediately, not only in Hugo’s creation of a fictional character (first introduced on an eponymous track on 2015’s Palmbomen II), but also because the sonic palette of at least half of these tracks dovetails pretty neatly with what we’re all used to from that label.

The record’s more intriguing side, though, entails LoLãn channeling Julee Cruise, and serving up the sort of atmospheric fare that would’ve nabbed Cindy a guest spot at the Roadhouse in the Twin Peaks revival. ‘Mary’, on which a woozy saxophone wanders across a thick web of twinkly electronic loops, is a case in point here, as well as opener ‘Another’, which is brooding enough to recall Chromatics at their most enigmatic. The constant flitting between the moodier side of I’m Cindy and its bubblier counterpart makes it a frustrating listen, and those who find the conceptual side of PC Music a drag will understandably roll their eyes. Still, the murkier moments demonstrate potential.