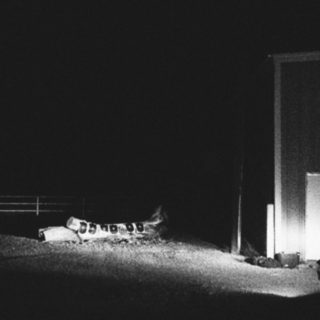 Rock music is getting a little bit soft in its old age, Cloud Nothings skipper Dylan Baldi certainly seems to think so. Just 18 months on from his back catalogue’s pop-centric instalment ‘Life Without Sound’, the Cleveland outfit have returned enjoying something of a rock ‘n’ roll renaissance. Their fifth album, ‘Last Building Burning’ follows the same serrated edge of their earlier work, except never before has Baldi appeared so menacing.

Recorded in just eight days alongside acclaimed metal producer Randall Dunn, ‘Last Building Burning’ is seven short noise assaults – a persistent bombardment. A clear-cut embodiment of Cloud Nothings’ live shows, it’s a gleaming testament to their ability to grasp the energy of the moment. Baldi’s rapid-fire snarl is the key.

They’ve trumpeted the opening track ‘On An Edge’ as “the craziest track we’ve ever done”. Hard to argue, it’s a tightly packed onslaught with a habit of building intensity in all the unexpected places, that sets the tone for the ensuing barrage. It’s thunderous, vivid stuff. Particularly ‘The Echo Of The World’ which builds to a screeching crescendo.

And Randall Dunn’s involvement is most distinguishable within the gloomy atmospheric drones of ‘Dissolution’. Weighing in at nearly 11 minutes, the song evolves into a sonic wasteland. A deafening tip of the hat to Dunn’s work with such bands as Sunn O))), it’s a worthy centre-piece and gives ‘Last Building Burning’ just enough breathing space to break up its almost entirely revved up exterior.