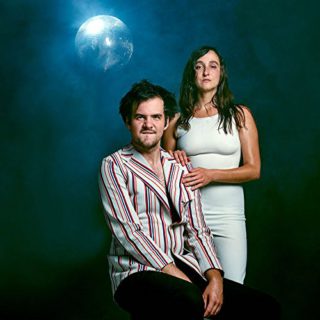 It’s difficult to tell sometimes if a band is being deliberately ironic; if they’re genuine pastiche, like The Baron Knights or The Wurzels, or are a mixture, like The Darkness. ‘New Driveway Soundtrack’ is from those ’80s films that were on after Match of the Day back in the ’90s or on Channel 5 on Sunday lunchtimes today. The title track’s spoken word intro is possibly an allegory about making changes in our lives, finding the new driveway, although its dripping in sarcasm.

Musically, both that track and the following ‘Weekend Special’ are one part Tron and another part the first few minutes of ‘Maniac’ from Flashdance, while ‘Magic Hour’ has vocals courtesy of Johnny 5 from Short Circuit. They say themselves that the couplet are a “…. pixelated Streets Of Rage style call to arms….” ‘Cookies Acrylics’ and ‘Masters of the Universe’ are then samples from a BBC sound effects tape and ‘Lazyman’ has elements of post-punk angst, but on the whole ‘New Driveway Soundtrack’ is someone playing with their carboot Casio keyboard that only has a few effects.