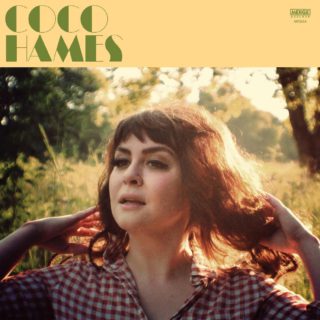 As the driving force behind garage-pop group The Ettes, Coco Hames journeyed across the world alongside everyone from The Dead Weather and The Black Keys to Kings of Leon. Eventually though, in 2008, the band settled in Nashville. Eight years later, Hames began working on her debut solo album and the heritage of Tennessee’s capital has certainly rubbed off on her. While Hames enjoys playing with elements from a variety of genres, moving from jangly opening track ‘When You Said Goodbye’ to the brooding ’60s pop of ‘I Do Love You’ with ease, underpinning it all is the deep influence of country.

Slide guitars and lilting melodies punctuate the album and some tracks, such as ‘Long Time Coming’ or ‘Tennessee Hollow’, are reminiscent of Patsy Cline or Dolly Parton. Unfortunately, Hames doesn’t quite have the same lyrical depth as some Nashville titans. As such, she doesn’t really deliver the emotional gut punch the greatest country singers could conjure. If you’re after some pretty breezy tunes though, Hames can provide that.