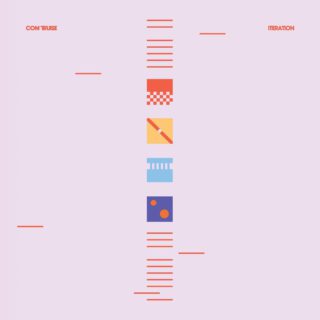 ‘Of Your Fake Dimension’, the opening track of this record, sets out ‘Iteration’’s musical agenda – robust, pounding electronica with a vintage tinge, like the soundtrack to a tense action scene in an eighties crime thriller. This album is the follow-up and companion piece to Com Truise’s ‘Galactic Melt’ debut, released way back in 2011. By now you’ll have picked up on the sci-fi flavours of these titles, but the backstory to this record – that this is the soundtrack to a journey that space traveller Com Truise makes through far-flung galaxies – feels somehow like a very well used one.

The overall result is laid-back, fairly conventional synth-based electronica, pedestrian in tempo and lightweight in impact, although the title track, which is also the album’s closer, does wash back and forth in pleasingly layered waves. What ‘Iteration’ does, it does really quite well, but it also feels very much like a piece of background music; something which exists outside of your full consciousness. A journey through space is weightless, but what about the excitement?