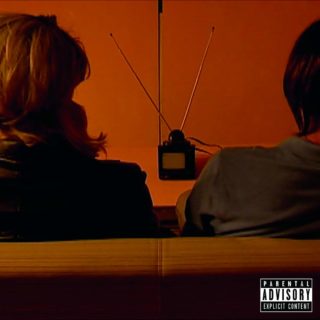 For this motion picture soundtrack, there’s of course no more natural a starting point for a band of music teachers than a nine-minute psychedelic rock track called ‘Charlotte’s Thong’. Sonically, imagine Mark Knopfler reclining in a comfy chair about to launch into a caustic verse of ‘Sultans of Swing’, and rejig that with a vocal line that sounds like a drowning Chris Isaak gasping for air. Its chorus goes “that’s a thong”. It’s ok.

So, a few facts. This is his first album that doesn’t reference dolphins. His press shots, this time, aren’t of himself doused in red paint and holding up an animal skull to his face like a conch. But it’s still aloof, and unconventional seemingly for the sole purpose of being unconventional. Where he makes up for it musically, sultry introductions then kick in, such as “You can do anything to get good grades, anything” or “Mr Bostyn seems to like you, don’t let this one slip else you could be going to military school”.

Of course, the only instruction given is that you shouldn’t listen to ‘Jassbusters’ before watching Bostyn ‘n Dobsyn. You should only listen to it afterwards. They shot the film in a disused hair salon in Los Angeles over two years ago. But also, they’re not releasing it just yet. That comes after the album. So, here’s the review.