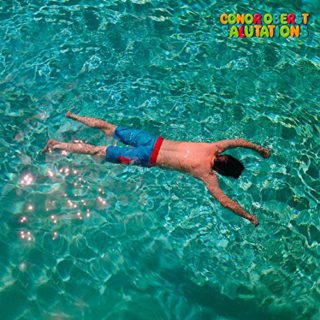 Conor Oberst has released so many records under so many guises over the past two and a half decades that it’s something of a surprise to realise that he’s still only 37 years old. This latest album is a hybrid of full-band versions of his last acoustic record ‘Ruminations’, plus a handful of brand new songs.

There are no real surprises here; Oberst’s ever distinctive voice, a quivering tremor never far from the surface, is still in full effect. ‘Too Late To Fixate’ is a typically folky, harmonica-blasted tale of relationship blues and hard times, such as you might hear from a bourbon-soaked troubadour with his broken heart bursting out of his ragged chest. Elsewhere there’s drinkin’ songs, and tales of wrongdoing – and pretty much throughout there’s the romantic imagery of an America that doesn’t exist, and probably never did. And although he’s a weaver of fiction, these songs of course are beautifully crafted and born of an unquenchable creativity, with lyrics which are sometimes unnervingly biting.

This is an album heavily streaked with pleasing echoes of Neil Young; ‘Gossamer Thin’ is bold and string-laden, shiny and confident. That it’s an album with so many backward glances, stylistically echoing eras forty years hence, can largely be forgiven; with Oberst you already know what you’re getting, and he delivers it all with all the talent and heart he possesses. His true brilliance emerges in songs like ‘Barbary Coast’ and the huge, brassy climax to ‘The Rain Follows The Plow’.

At seventeen tracks, this is an album which doesn’t carry quite enough weight to justify its length. But it’s typically high-bar Oberst fayre; Sunday night music, music which requires a quiet context, and a reflective mood.