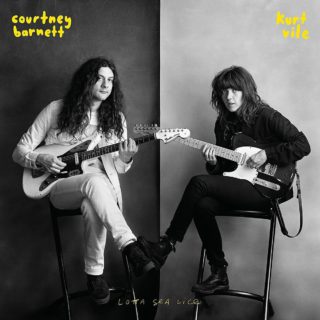 There’s a lot of symbolism at play in releasing a rock record when you’re called Kurt & Courtney. Eschewing a new name for this project was presumably a deliberate decision, but such boldness makes sense – both artists have found success through singular visions, Barnett’s smart, small-town vignettes and Vile’s unhurried, spacious stoner-rock. On ‘Lotta See Lice’ these forces are elegantly knitted together, the duo making prodigious use of their respective talents. Everything here sounds gorgeous, the seven original tracks (and two covers – they each tackle one of the other’s songs) bathed in a golden-hued dustiness.

Vile has always employed a raw, vintage Americana, and adding Barnett’s world-weary, dead-pan delivery is a masterstroke; the best moments come when she’s front and centre. Even over simple harmonies and finger-picked guitars there’s a richness to the songs, and for all the organic, candid, just-jammin’ vibes, it’s meticulously arranged. They sound like they’ve been doing this together for years.