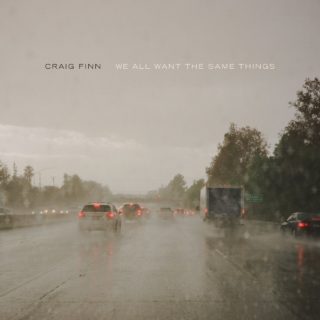 This is the third solo record from Craig Finn and the funny thing about his output away from The Hold Steady is that it’s always been characterised as coming over a little bit more straightforward and focused than his work with the band. On his last LP, ‘Faith in the Future’, he talked about wanting to make something that sounded more “age-appropriate” now that he was in his mid-forties.

‘We All Want the Same Things’ carries on very much in the same vein, with storytelling being the primary aim and the wild tempo and high volume he normally brings to his ‘day job’ falling by the wayside in favour of pretty, chiming guitars on the deeply personal ‘Preludes’ and gentle swells of synth and brass elsewhere, particularly on the thoroughly lovely ‘Tangletown’.

As ever, Finn does his best thematic work when he’s sketching out characters and, accordingly, some of the more universal ideas relating to unity in times of political discord fall flat, but even then, he remains compelling. It might just be that this line of work suits him better than The Hold Steady, these days.