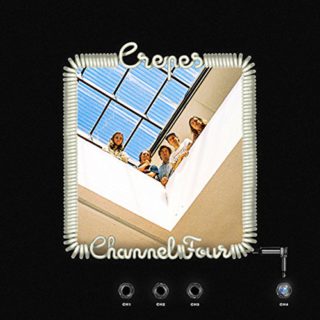 Melbourne quintet Crepes have made acquaintances with some of Australia’s modern day psych heroes – King Gizzard’s Stu Mackenzie and Pond’s Nick Allbrook among them – but this band don’t go in for that fuzztone frazzle. Their output is softer and kinder, determined to make its impression via songcraft and sentiment rather than bluster and power. After a tumultuous couple of years, Crepes arrive at their debut album with uncommon maturity, and it shows on the album’s frontloaded run of tuneful gems.

Opener ‘9-5 Summer Breakers’ features the twinkling melodies of lead guitarist Sam Cooper over Tim Karmouche’s gentle, breezy vocals, all of which more quickly calls to mind North American luminaries like Mac DeMarco and Real Estate than it does Australians who listen to a lot of Hendrix. ‘Mild Conversation’ and ‘Four Years Time’ continue the mood, the band’s organic harmony owing to George Harrison or Steely Dan’s 1970s nirvana in much the same way that The Lemon Twigs’ does, albeit with none of that band’s bombastic glitter glam.