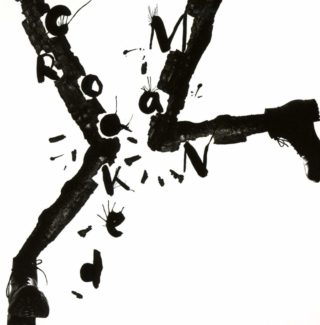 As one of the first DJs to play ‘house’ music in the UK, a pioneer of the Northern bleep/bass scene, and a one-time member of cult ’90s act All Seeing I, Richard Barratt (aka Crooked Man) has always been iconoclastic. It’s a feeling that’s played out through his mercurial music career as a DJ, producer and trailblazer, and that freethinking approach, alongside some of his more esoteric tendencies (he quit DJing in the early ’90s) saw DFA (via Tim Sweeney’s Beats in Space show) pick up on Barratt’s work. Not that he’d even really heard of the DFA label.

Still, despite his absence from the club, his dedication to spinning bass-heavy house grooves and soulful vocals into fun dance-pop endured. He once said, “I can never quite get my head round DJs that don’t like dancing themselves,” and that spirit fundamentally fuels ‘Crooked House’.

The power keys of ‘Walls’ bounce off the mellow house of ‘Turnaround’; ‘Long Time Dead’ gets bleepy and breathless (think Alison Goldfrapp stiletto-strutting across a disco-era NYC loft); and ‘Echo Loves Narcissus’ builds into a brilliant, interstellar mix of dubby bass and drizzling synth that underscores this album’s most compelling traits: music from a place of happiness, inclusivity, Sheffield.