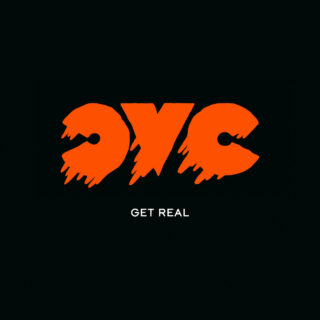 The heavily-memed Steely Dan have been retrospectively celebrated a great deal by audiences fifty years removed from their initial 1970s run. These days, we’re hearing more acts sprinkling some motifs from the Dan’s excellently extravagant style into their own music than we have for some time. CVC – shorthand for the Kinks-like title, Church Village Collective – are the latest outfit drawing from the smooth hooks and golden tones of soft, jazz-flecked ’70s psych-rock. The Welsh group show promise with their proficient musicianship and harmonies on ‘Hail Mary’, the opening track of their debut LP, Get Real; yet this initial warm welcome wears off quickly as we become more acquainted with the record, especially CVC’s undercooked and juvenile lyricism.

Made up of a sumptuous sonic palette that references the aforementioned Steely Dan, Supertramp, Harry Nilsson, 10cc and Pink Floyd, Get Real has some engaging moments, notably ‘Music Stuff’. Elsewhere, though, their execution teeters into impressions of The Fratellis (‘Winston’, ‘Anogo’), Alex Turner’s croon on ‘Woman of Mine’ and even Maroon 5 as the chorus of ‘Knock Knock’ soars.

There’s nothing wrong with incorporating influences into one’s instrumentation and arrangements. The overriding issue with Get Real, however, is that the record from start to finish feels like a band warming up in their practice space, jamming out ’70s rock tunes before settling down to business. The overtly derivative nature is distracting. With little of their own sound or vision on display, this record reveals the slightness of personality and originality in the songwriting, resulting in an anonymous quality to the record. It’s not CVC’s name you remember, it’s the bands they’re emulating who stick in your mind.