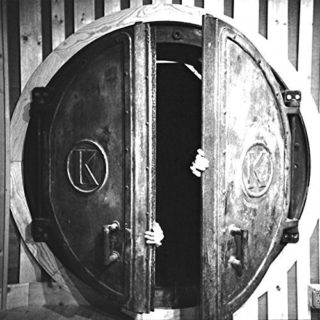 John Dwyer’s once-electronic nightmares are back and they’re as distressing as they can be. Born as a way to take a break from guitar-based music – a chance to experiment with synths and early digital machines – the moniker Damaged Bug has now become Thee Oh Sees’ frontman’s channel through which his filthiest musical thoughts can flow out. When it comes to unpleasantness and evilness ‘Bunker Funk’ goes a step further than its 2015 predecessor. The early ’80s synth pop/new wave inspiration is now gone, replaced by raw acid rock tracks carved from screaming organs, manic murmurs and dirty guitars. It’s thrown in with flutes, world-beat contaminations, fuzzes and reverbs.

The once electronic venture has taken a leap back into the psychedelic realm, at times reminiscent of the mixed ethnic tripping of Goat – as in the lead single ‘Bog Dash’. Elsewhere, it can sound like lost Syd Barrett (‘Gimme Tamanthum’) or Jethro Tull (‘No One Notice The Fly’) songs, but never stepping out of the darkness, which is crucial to its grotty appeal.