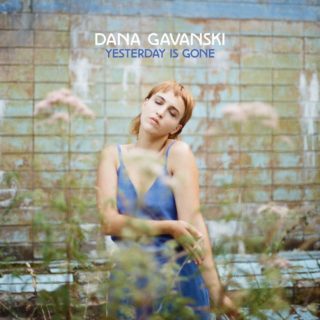 Heartbreak is a well-trodden topic in songwriting, but Canadian singer-songwriter Dana Gavanski manages to make it her own on a confident and compelling debut LP, Yesterday Is Gone. Born in Vancouver to a Serbian family, Gavanski began to write music in Montreal during her final year of college, when she picked up a guitar left behind by her ex-partner.

Yesterday Is Gone is more than a title – it’s an imploration that sustains throughout the record. “I’m learning how to say goodbye,” sings Gavanski on the title track, “to let you go and face the tide / To wrap my feelings in a song.” Produced alongside Sam Gleason and Mike Lindsay of LUMP, the record explores the muddiness that comes with breaking up; it’s Gavanski’s attempt to discover and understand herself outside of the relationship, and ultimately, to move on from it.

Her vocals have a sweet soulfulness reminiscent of Julia Jacklin, tinged with occasional touches of dissonance that bring to mind Cate Le Bon. Working through a plethora of emotions, the record is at times defiant, at others tender, but always imbued with an understated kind of strength. The sparse, solemn closer ‘Memories of Winter’ breaks the spell somewhat; a reminder of the inevitable emptiness left behind after a relationship is over.