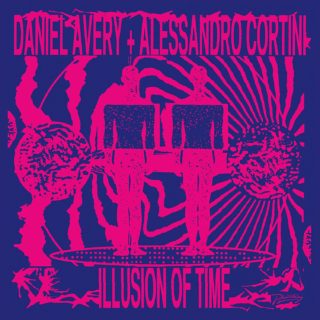 Ever since he ditched his Stopmakingme name at the start of the last decade, Daniel Avery has been on the move stylistically, and his latest release marks his biggest deviation yet. The shift from big-room techno towards textural abstraction that he hinted at with his last solo album goes full-blown for this collaborative album with Nine Inch Nails keyboardist Alessandro Cortini, in which neither a kick-drum thud nor snare clap is encountered across its 45 minutes and yet still the signifying aesthetics of club music – nocturnal yet bright, solitary yet communal, with interplay of tension and release – linger. Added to that beatless atmosphere is a laudable embrace of sonic grit and grain alongside the sort of wistfully poignant grandeur more often deployed in stadium rock. The result is a record that suggests Godspeed You! Black Emperor in drone mode, reimagining Music For Airports as if the runways were covered in gravel and air traffic control was on strike.

Most of the time, this works a treat. Opener ‘Sun’, with its overpowering tape hiss and decayed brushstrokes of distant synth tones, sets a widescreen cinematic scene that, despite only containing two chords for its entire duration, retains enough tactility to avoid boredom. Similarly, the fetishisation of surface noise and analogue crackle on ‘CC Pad’ generates an atmosphere that complements the gently undulating synth, and the neon oscillations of ‘Enter Exit’ provide a perfect foundation for the piece’s climactic feedback section.

More interesting still are the moments in which Avery and Cortini prefer slow builds to simple repetition: ‘Inside The Ruins’ mines the aggression of industrial techno, but, with the music stripped of any movement, the emphasis becomes one of pure, relentless pressure. Equally, ‘Water’’s exercise in disintegration evokes a come-down for the club itself, as if the echoes of a once-euphoric space are being slowly unravelled layer by layer.

Much of Illusion of Time feels simultaneously improvisatory and studied, which perhaps betrays Avery and Cortini’s working process: the record was built via email over several years, and then put to bed in a single three-hour session while the duo were on tour together with NIN. Indeed, that depth is one of the album’s great strengths: even when the pair edge into the more unabashed heartstring-tugging realm of soppy shimmering guitars, there is enough three-dimensionality and conceptual heft to guard against potential mush, leaving a record of pleasing contradictions: brittle but dense, machined but organic, constantly mutating and pleasingly still.