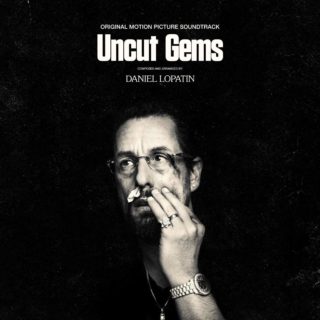 For the last several years we have been amidst a renaissance for the film score. Thanks to the likes of Jonny Greenwood, Mica Levi and the duo of Trent Reznor and Atticus Ross, there’s more space than ever for contemporary, left-field musicians to create progressive and resonant soundtracks for some of the era’s most definitive films.

Among this growing crop of artists is Brooklyn-native Daniel Lopatin, perhaps better known by his genre-defying electronic project Oneohtrix Point Never. In 2017 the 37 year-old won the Best Soundtrack award at Canne for his work on the Safdie brothers cult crime-thriller Good Time. The kaleidoscopic synths, adrenaline-scorching beats and warped melodies made for a primal experience that was as essential to the story as the dizzying visuals that unfolded on screen. So it feels only right that the Safdie’s have recruited Lopatin once again for their latest feature, Uncut Gems, which follows Adam Sandler’s jewellery salesman Howard on a bad trip through the underbelly of New York as he tries to repay (or outrun) his debts. For this gritty urban tale, Lopatin draws from his recognisable stylistic palette to create something eclectic, grand and even holy at some moments…

Opening with the 8 minute ‘Ballad of Howie Bling’, Lopatin orchestrates a wondrous mixture of angelic choir chants and oceanic synths that hypnotically swell and bloom throughout. Bjork’s Utopia is recalled with the bird-like flutes on ‘Pure Elation’ and ‘High Life’, while ‘Smoothie’ and ‘Windows’ wouldn’t be out of place among the compositions of Nils Frahm.

Lopatin’s influence of video games, sci-fi and horror comes through strongest on ‘School Play’, which ushers in the nightmarish, nocturnal tone familiar to Good Time and 2018’s Age Of. Anxiety builds during its 6 minutes, making you feel as if you’re desperately trying to escape some sort of twisted arcade labyrinth. ‘The Fountain’ and ‘The Blade’ continue this atmosphere before the spacey title track closes the record in cathartic fashion.

Though not as immediate as Good Time, Uncut Gems has some equally breath-taking moments, treading new ground for the artist. Alongside Ben Sailsbury, Anna Meredith and others, Lopatin is helping to establish this exciting era of experimental soundtracks that are expressive and effective to the point of being characters within themselves.