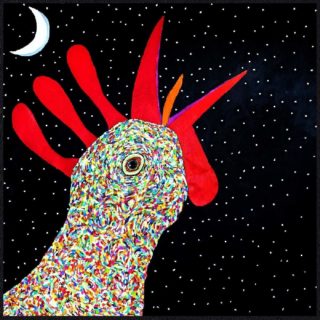 The Swedish songwriter Daniel Norgren offers that least likely of things – a thorough and close reading of a genre from someone geographically well outside of that genre’s home. Americana from the vantage point of a non-American; creating an uncanny sense of geography in location that brings out the specific and makes it general. Take ‘Rolling Rolling Rolling’, its litany of smalltown observations could be from the US rust belt, but are actually grounded in his native south west Sweden. The album begins with a whimper; ‘Blue Sky Moon’ essentially a soundscape that bleeds into ‘The Flow’, where the piano swells slowly into view and introduces Norgren’s reedy, Neil Young-esque voice.

As is the case with this musician, authenticity is the goal, and ‘Dandellion Time’ is a pleasing battle re-enactment of a Bo Diddley stomp. The album was recorded in a 19th century textile farmhouse near Norgren’s home; “the interior looked like it hadn’t been touched for the past 80 years,” he explains. There’s a parallel here with what he produces; he offers no innovations to Americana past the recording of the Band’s ‘Music from the Big Pink’, but on his own terms continues to make music that pleases aficionados of the genre.