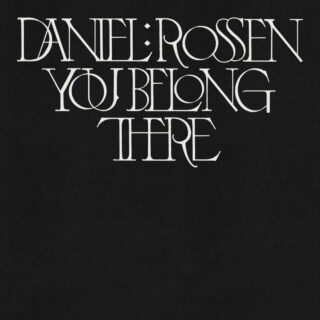 For almost two decades, Daniel Rossen has been half of the creative duo behind Grizzly Bear’s distinctive sound – a mix of art rock and baroque pop that’s had a huge influence on the Brooklyn indie scene (and beyond) since the mid-’00s. But before the band announced their indefinite hiatus in 2020, Rossen’s life had already taken a different turn: he left New York City to resettle upstate at first, and eventually in Santa Fe, New Mexico, where he set up a home studio, picked up long-forgotten instruments (an upright bass, a cello), and immersed himself in music. Where the first upstate seclusion brought the Silent Mile/Golden Hour EP, New Mexico gifted Rossen the space to finally finish his first solo album You Belong There – the title an eloquent self-reassurance, a declaration to the place the musician, at last, found himself in, physically and emotionally.

Without the need to mediate with other band members’ ideas, Rossen’s opulent sound, always original and recognisable, blooms across this album’s ten tracks. Springing up from guitar patterns, each song bursts into a full, complex sonic palette, perfectly orchestrated, with vocal harmonies frequently completing the already-rich arrangements. Borrowing from the percussive emphasis of jazz, Rossen pays great attention to drums and bass, never relegating them to the background, but using them as main melodic instruments. Classical music is also nodded towards in Rossen’s suite-like compositions, different movements and moments playing out within the same track, developing sceneries and conducting the listener through a composite emotional journey, various yet organic. Riveting, fascinating, and compelling, You Belong There lingers in the listener’s ears and mind for a long time, asking to be played again at full volume, filling the space and the room, to wholly embrace the audience, making them believe that they belong there, too.